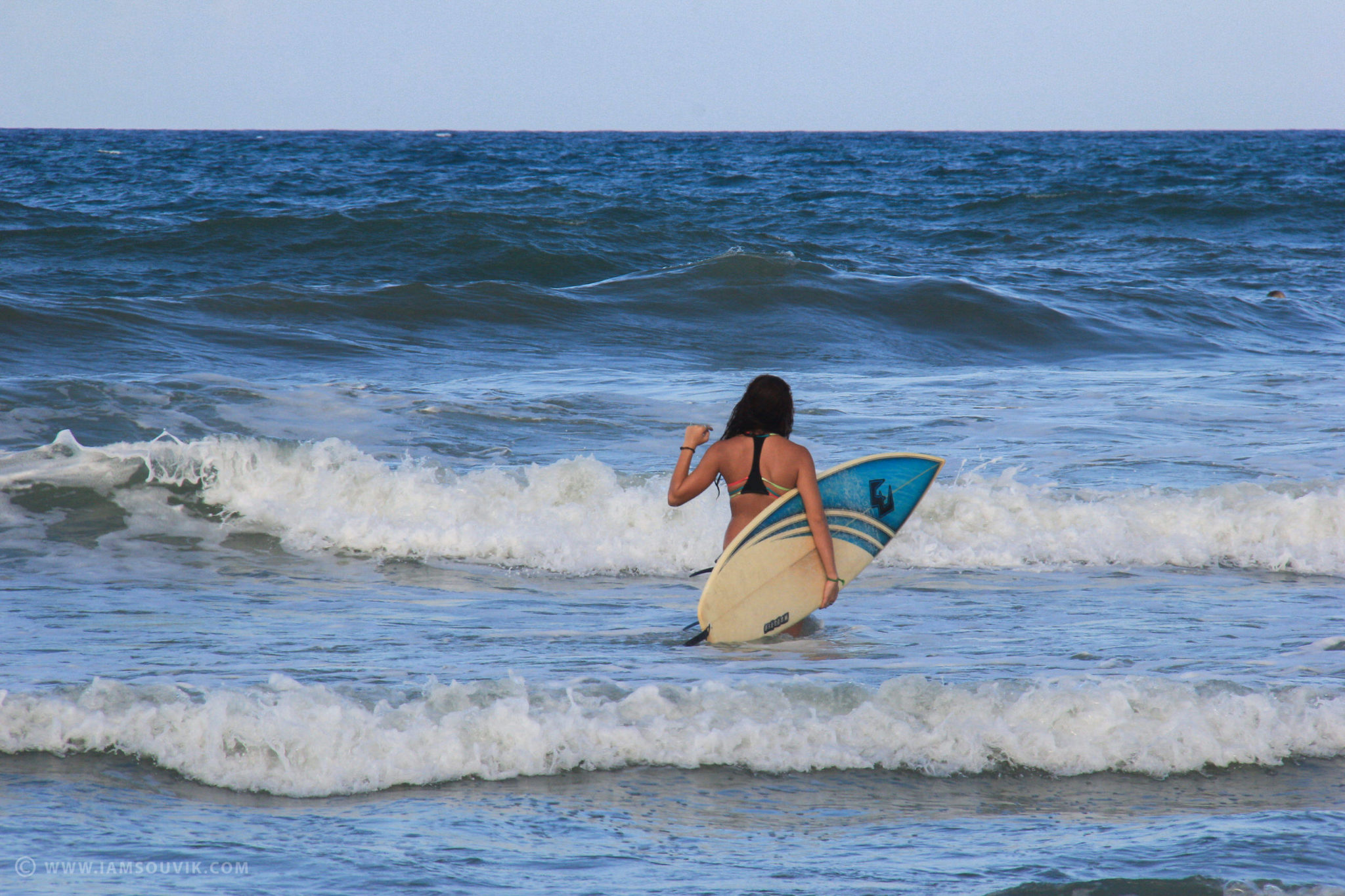 Welcome to the World’s Most Famous Beach

Rightfully nicknamed as “The World’s Most Famous Beach” or “The Spring Break Capital of the World”, Daytona beach is the most happening beach in North East Florida.

With around 23 miles of beautiful beach famous for its hard-packed sand that allows vehicles to drive on the beach in restricted areas(for a nominal fee of ~ $10/vehicle), on a typical weekend you can witness large groups of motor-enthusiasts who descend upon the city for a ride across the beach in their custom-built gas guzzling mean machines.

Home to the Daytona International Speedway (a race track in Daytona Beach, Florida, United States) Various events like Daytona 500(he most prestigious race in NASCAR), Bike Week, BiketoberFest and 24 Hours of Daytona also attract huge crowds from around the state or rather nation.

Incidentally, Daytona Beach was the first beach I visited in Florida, roughly a month after my arrival in Jacksonville.

Public transport is quite a myth, although not completely non-existent in most of Florida. So, before I got my own car or rather US license (Note: In Florida you cannot rent a car with your Indian Driver License) I was mostly dependent on my ‘bachelor friends and colleagues’ for any commute. That also meant I would accompany them on their weekend get ways or local outings (in case you are wondering, NO I did not force my way into it, I would politely approach the matter and make sure I am on board: P )

On one such weekend sea bathing trip we visited Daytona. Although bathing in the Atlantic Ocean was an irresistible deal on its own, it also meant no cameras as no one would be there to look over any expensive items. Leaving the camera in the car with temperatures touching    100 ̊F (~ 38 ̊C) was not a good option either. It was either a swim or the camera. Honestly, the choice was a bit difficult, but in the end camera prevailed.

I have been to a few good beaches in India, including the famous Radhanagar beach in the Andamans, but Daytona was different. Maybe Radhanagar was more secluded, sublime, peaceful but Daytona was chaotic and lively, straight out of a Hollywood movie. Rightly so, because many famous movies including some scenes from the 2nd part of the famous Fast n Furious series were shot here.

In fact, I recently came across a movie Dirty Grandpa, featuring Robert De Niro (yes, the Godfather himself) which had some hilarious scenes shot at the Daytona beach. Well, it was nostalgic to say the least. Having to wear a snow jacket in the first week of April, I have never missed the sunshine state more.

Surf, sand and the bikinis – the 3 essentials of a beach in this part of the world, and you get them all here. And as much fun it is for bachelors, if you are family man with/without kids, it’s an equally exciting place to be.

While my friends enjoyed their bathing, I was busy exploring the surroundings and photographing them.

Once I bought my own car, I had been to Daytona a couple of more times. Once to witness the Bikertoberfest. This is when I met 3 bikers from Central Florida. I even got to feel what its like to be on a Harley. I really don’t know how these guys drive these huge machines. I could not even get a descent grip  🙁

If you plan to spend an entire weekend in Daytona, there are more places to go than just the beach. This link will give you an idea of things to see nearby.

So if you happen to be in Florida, try and get a drive on the Daytona beach. You won’t regret I promise.