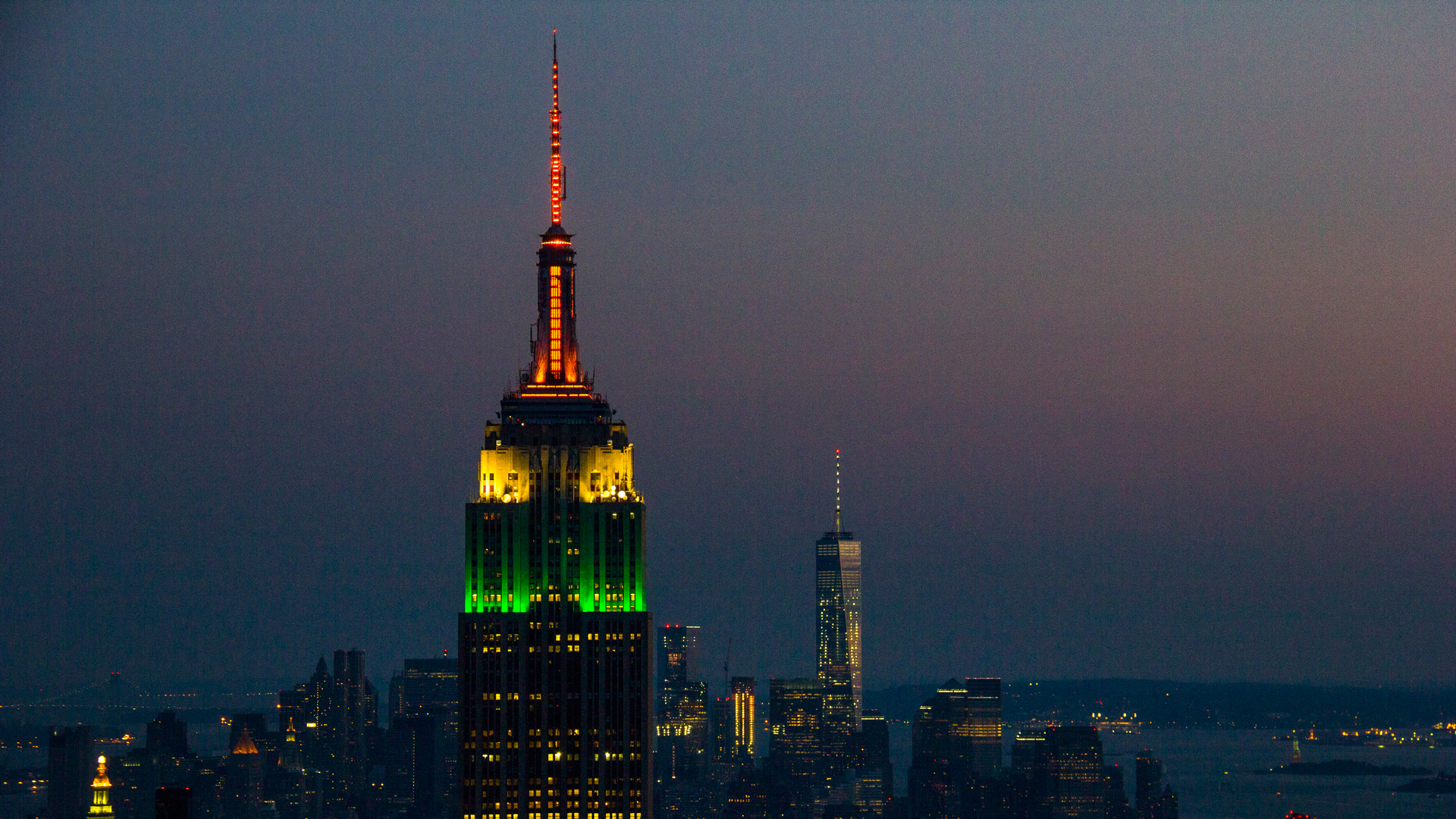 Two of New York’s iconic Skyscrapers – The Empire State Building and the recently opened One World Trade center( in the backdrop).

But in 2012, things moved to a whole new level with the installation of a new computer driven LED light system that is capable of displaying 16 Million colors, which can change instantaneously.

Standing at 1454 feet (to the Top), this building has been creating various projections – like the flags of the top 66 countries participating in the 2008 Beijing Olympics, various musical shows or the recently projected Goddess Kali – depicting the fierce form of Mother Nature.

But this weekend – the 15th of August , 2015 –  visitors at the Rockefeller Center – Top of the Rock observatory  were in for a surprise as the legendary Empire State Building projected the Indian Tricolor in honor of India’s Independence Day Celebration

Although going by the history books, this isn’t the first time this has been done, but for many visitors including us (me and Arpita), this was the first time we got to witness such a honorable and ecstatic site.

[The Rockefeller building observatory – or Top of the Rock Observatory, as it is commonly called has 3 different levels from floors 67 – 70 which provides a 360 degree view of the Manhattan Skyline with legendary structures like the Empire State Building, One World Trade Center on one side and the vast Central Park on the other]

A detailed post on our New York tour will be out anytime next month. Till then, stay connected for some more interesting stories and photographs.